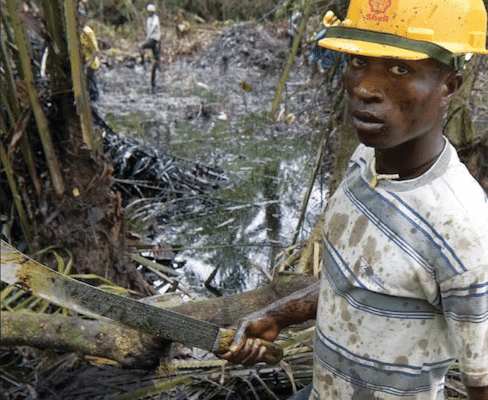 2018 seems like a lifetime ago. When 'Extracting Profit' came out that year, the COVID-19 pandemic was two years away. Since then, the world has been plunged into a devastating crisis, with 4.5 million lives lost globally, including close to 200,000 reported deaths on the African continent.

Editor2 (2021-10-09). Haiti has the World's Second Largest Iridium Deposits. orinocotribune.com By Graham G. Henry — Oct 6, 2021 | As difficult to work with as it is rare, iridium is found in large quantities in Haiti's southeast, which has the second largest reserves in the world. This metal is today worth more than gold and Bitcoin. Its resistance to high temperatures and corrosion makes it almost indispensable in the manufacture of aircraft engines and deep water pipelines. Its exploitation could be a lever for the revival of the Haitian economy and the creation of millions of jobs, argues the economics professor, Dr. Henry Vixamar. | Haiti has one of the largest iridium reserves in the world. The c…

sputniknews (2021-10-09). Three Decades Later, German Mushrooms Still Contaminated by Chernobyl Radiation. sputniknews.com According to a German food safety regulator, those who may be tempted to rummage around Munich's countryside have been warned to avoid picking blueberries, cranberries, and certain fungi to reduce their exposure to elevated concentrations of the caesium-137 and caesium-134 isotopes bearing the characteristic signature of the Chernobyl blast.

Rep. Alexandria Ocasio-Cortez (D-New York) has condemned conservative Democrats for fighting to cut social programs in the reconciliation bill while preserving tax cuts for climate-denying industries and corporations. | On Thursday,

Brett Wilkins (2021-10-08). Big Oil Spending Millions to Gut Key Build Back Better Climate Provisions. zcomm.org "Make no mistake: If the Build Back Better bill wasn't a once-in-a-generation opportunity to invest in climate action, the fossil fuel industry wouldn't be pouring out millions of dollars trying to stop it."

Dana Sanchez (2021-10-08). Feds: We Have A New Crypto Cop Task Force Looking For Criminality. moguldom.com We all heard about the ransomware cyberattack on Colonial Pipeline that disrupted the gas supply in May and caused long lines at gas stations along the Eastern Seaboard, but most cyber breaches are not reported to law enforcement. The Department of Justice plans to put an end to that, announcing two new Justice Department enforcement …

The Indigenous people of the Loreto region in the Peruvian Amazon are demanding environmental remediation against numerous oil spills. They also seek infrastructure guaranteeing basic services in the region…

Jeffrey St. Clair (2021-10-08). Roaming Charges: When the Inevitable Becomes the Criminal. counterpunch.org The Huntington Beach blowout was not merely predictable. It was inevitable. But when does the inevitable become the criminal? And where does the liability begin and end? With the pipeline company? The oil drilling company? The holding companies? Their lobbyists and PR hacks? The hedge funds? The regulators? The politicians?

Peoples Dispatch (2021-10-08). Venezuela condemns U.S. veto blocking access to IMF's COVID-19 funds and other stories. peoplesdispatch.org In today's episode of the Daily Round-up, we take a look the IMF's restrictions on Venezuela's access to 5 billion dollars in Special Drawing Rights (SDRs) funds; the upcoming parliamentary elections in Iraq scheduled for October 10th following years of protests for political and economic reforms; the occupation of a pipeline facility of Peru's state-owned PetroPeru company by Indigenous activists protesting contamination by oil spills; and the ongoing strike against unsafe working conditions and low pay by health workers in Guinea-Bissau.