Jan Ole Arps, Guido Speckmann (2022-01-14). Destroying what is destroying the planet? indybay.org The decisions of the UN Climate Change Conference in Glasgow are a disaster. They seal the course for a drastic and irreversible heating of the earth, which threatens the survival of hundreds of millions of people and countless animal and plant species. Does the climate movement have to resort to more radical means to increase the pressure?>

Julia Rock (2022-01-14). Protecting Homes From The Next Climate Firestorm. dailyposter.com sputniknews (2022-01-14). Oops Moment: India's BJP Politician Reaches Out to Voter Taking Bath in Viral Video. sputniknews.com Ahead of state assembly polls, the Election Commission of India has banned physical rallies, prompting politicians to do door-to-door campaigning. In India's most populous state, Uttar Pradesh, it looks like some politicians can't afford to waste any chance to personally woo voters.

Visualizing Palestine (2022-01-13). Palestine Between a Rising Tide and Apartheid. dissidentvoice.org 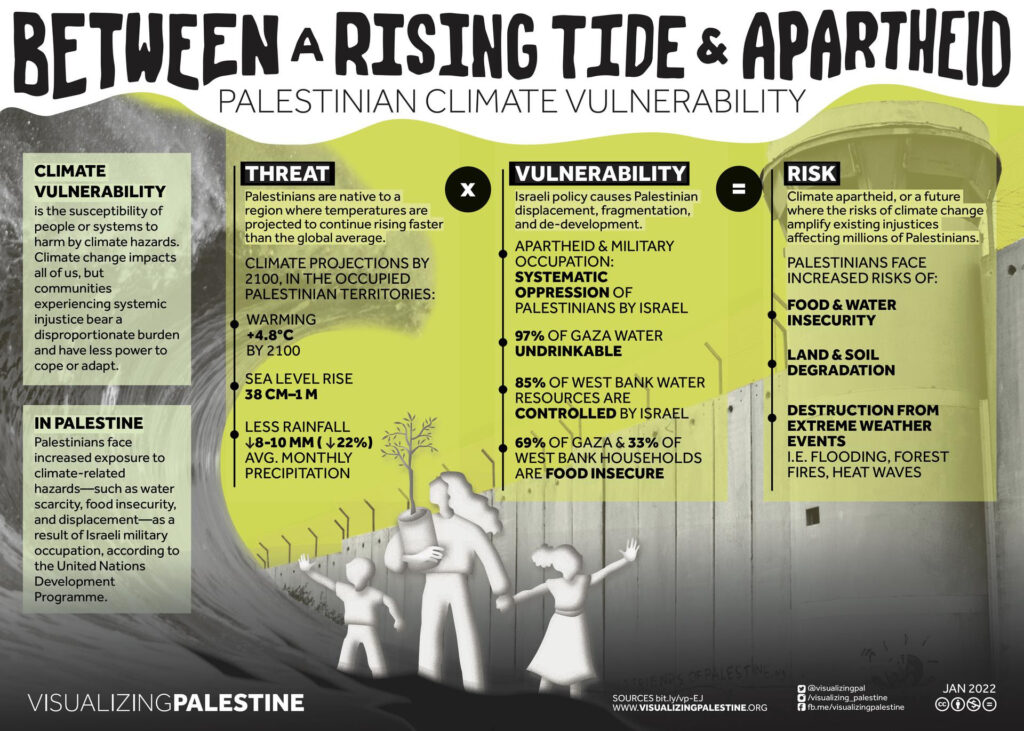 ***** Systems of colonialism and militarism are destroying both human rights and the environment. Palestinians live in a part of the world that is warming faster than the global average, under a system of Israeli settler colonialism, military occupation, and apartheid. Their experiences offer a clear example of how climate change multiplies existing injustices and …

_____ (2022-01-13). The Indigenous Grandmothers Who Stopped A Pipeline. popularresistance.org Cheryl Maloney's eyes glossed over with tears as she stood near the bank of the Stewiacke River in the middle of Nova Scotia. The news was finally sinking in. Behind her, about 100 people filled plates with spaghetti and fried chicken; the crowd included her 11-year-old grandson, Drake Nevin, one of many children who'd spent most of their childhoods fighting alongside Elders to protect this river system. She saw the drift netters—white fishers who catch shad in these waters—reminiscing, and amber leaves floating on the water like confetti. | Two weeks earlier, Alton Gas, a subsidiary of Calgary-based…