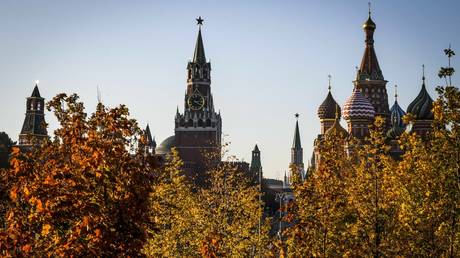 The average temperature in Russia this September was the highest in 130 years of observations, the national weather agency announced on Monday, as climate change continues to have a profound effect on the world's largest country. | Almost every part of Russia reported temperatures higher than normal early fall averages, the Russian Hydrometeorology Center's chief specialist Marina Makarova told Moscow news agency RIA Novosti. "The largest anomalies were observed in the north of Eurasia, where temperatures exceeded norms by five to six degrees," she explained. | "It was also very warm in the European [part of R…

Nadja Popovich, Livia Albeck-Ripka And Kendra Pierre-Louis (2020-10-05). The Trump Administration Is Reversing 100 Environmental Rules. Here's the Full List. zcomm.org After three years in office, the Trump administration has dismantled most of the major climate and environmental policies the president promised to undo.

Jasmine Norden (2020-10-05). 'Historic victory' as five years of campaigning forces Cambridge University to divest from climate-wrecking companies. thecanary.co Cambridge University has The university further pledged to cut greenhouse gas emissions to zero by 2038. | Both direct and indirect investments in fossil fuels will be divested from, while the £3.5bn Cambridge University Endowment Fund will be put towards investing in renewable energy. | Student activist group Cambridge Zero Carbon

Editor (2020-10-04). The 2020 Battle Lines Are Drawn—It's Time for Action. scheerpost.com risingthermals / CC BY-NC-ND 2.0] By Alan Minsky Sometimes, maybe, when a bout of writer's block arrives it's 'cause there's nothing left to say. This morning I woke, stared into the proverbial blank page and quickly came to the conclusion that it was a waste of time to torture myself with words not forthcoming. Here's why: We know the score. The time for words is over. It's time to get in the… |

Mark Hertsgaard (2020-10-04). Top US Scientist: A Second Trump Term Would be 'Game Over' for the Climate. zcomm.org Michael Mann, one of the world's preeminent climate experts, says averting a global climate catastrophe would be "essentially impossible" if Donald Trump is re-elected. There is no more important way for US citizens to exercise agency than to vote…

Dan Bacher (2020-10-03). Climate Advocates Criticize Newsom's Executive Order for Not Addressing Oil Drilling. indybay.org "If your climate leadership does not include relief for hundreds of thousands of Californians — the majority people of color — living with oil drilling in their neighborhood, then you are not serious about climate justice and creating healthier, more resilient communities," said Martha Arguà´llo executive director of Physicians for Social Responsibility-Los Angeles and co-chair of STAND-L.A. 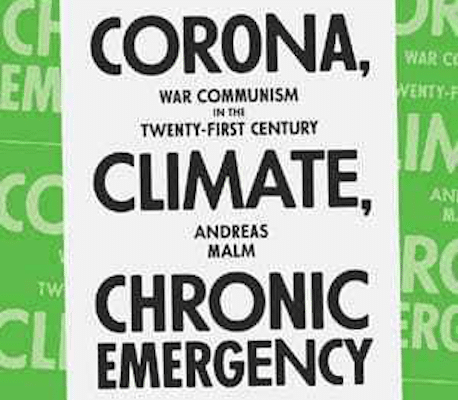 Gradual reforms can't do the job: only profoundly radical measures can ensure human survival in an epoch of global sickening.

The Lancet (2020-10-03). [Editorial] Building a resilient NHS, for COVID-19 and beyond. thelancet.com The UK response to the COVID-19 pandemic has been ill prepared, patchy, confused, and incompetent. From initial equivocations, to a series of policy U turns and conflicts with scientific advisers, to vague public health guidance, the UK's COVID-19 performance has fallen disastrously short and undoubtedly cost lives. It has pushed the National Health Service (NHS) to the brink. Having wasted a summer of opportunity to strengthen systems to suppress viral transmission following an easing of lockdown restrictions, the UK Government is facing a winter wave of COVID-19 with no strategy in sight.

Cobus Gerber, Richard Bade, Jason White (2020-10-03). [Correspondence] Amphetamine dependence in Australia. thelancet.com Chris McCall1 painted a bleak picture of amphetamine-type stimulant abuse in Australia. Amphetamine has little appeal in Australia, although methamphetamine is certainly its most problematic stimulant, despite both drugs having similar therapeutic effects. The World Report1 briefly mentioned the decade-long monitoring of drugs with abuse potential in South Australia.2,3 In 2016, this surveyance expanded to the National Wastewater Drug Monitoring Program, in partnership with the University of Queensland.

Planning for Climate Action in Hamilton