Is Trump Sabotaging U.S. Postal Service Ahead of Election as Part of His Attack on Mail-in Voting?

To defund or not to defund? | Campaigners call for BBC's licence fee to be scrapped 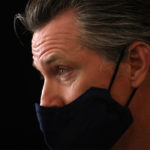 Robert J. Burrowes (2020-06-19). The elite's Covid-19 coup to destroy humanity that is also fast-tracking four paths to human extinction. nationofchange.org I encourage you to have a ponder. There is a great deal at stake at this time. A human future, no less.

Norbert Trenkle (2020-06-19). Climate crisis and social transformation in the age of Corona. indybay.org Material wealth in the form of useful things and utilities is only a means subordinated to the objective of capital accumulation and is sacrificed when that objective can no longer be achieved… Without the state, capitalist society would fly apart immediately. The state, however, is an essential precondition for abstract wealth production and dependent on it.

news.un (2020-06-18). FROM THE FIELD: Adapting to Lesotho's changing climate. news.un.org Living in the African mountain kingdom of Lesotho comes with its fair share of challenges, including land degradation and climate change, which are upending traditional farming practices.

Evaggelos Vallianatos (2020-06-18). Barbarism on the Rise: Hunting Mama Wolves and Bears and Their Cubs in Alaska. counterpunch.org Like the French monarch Louis XIV, Trump said I am the state. I can do anything I want. There's no climate change. Corporations are right about the environment and pollution. I will follow their guidance. In about 3.5 years, he reversed the modicum of theoretical and real environmental and public health protection Americans enjoyed.

MPCSSRR (2020-06-18). The Case for Nationalizing the Fossil Fuel Industry. peoplespolicyproject.org The climate is in crisis. Scientists have repeatedly warned policymakers that to have a reasonable chance at limiting global warming to 1.5 ∫C, emissions need to be rapidly wound down. But the power of the fossil fuel corporations, armed with hundreds and hundreds of lobbyists on the Hill, won't have any of it. They must extract, extract, extract. Corporations are unwilling, and markets are simply incapable of rapidly phasing out the industry that is destroying our planet. | There is another way. Peop…

Dana Drugmand (2020-06-18). For decades, the oil and gas industry got taxpayer help from the fracking production tax credit. nationofchange.org "Shale companies often struggled with their finances already early on and this BS American Dream story of 'resilience, experimentation, and perseverance' would have likely been impossible without the [production tax credit]." 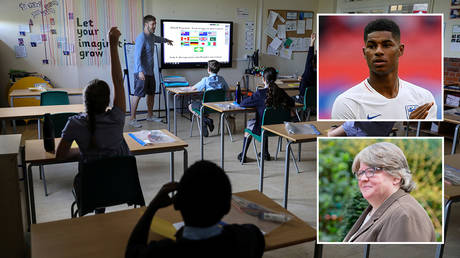 The rebranding of PM Boris Johnson's RAF Voyager aircraft from gray to the colors of the British Union Jack — red, white and blue — is to cost a whopping £900k, prompting many Britons to label the move a waste of money.

Arif Husain (2020-06-17). After the Lockdowns, a Global Hunger Crisis (And the Mother of All Migrant Crises). anti-empire.com

The [irrational response to the] coronavirus pandemic and its punitive economic effects are about to set off the next global hunger crisis. | In the last four years, conflicts, climate change and economic instability raised the number of people suffering acute hunger — when the absence of food endangers people's livelihoods and, in some cases, their lives — from 80 million to 135 million people. The pandemic could drive 130 million more people into that state by December. More than a quarter of a billion people are likely to be acutely hungry in 2020. | Rising Hunger: | The [irrational respons…

news.un (2020-06-17). 'New contract' needed with nature to keep drought and deserts at bay. news.un.org The UN Secretary-General has called for "a new contract for nature" to address ongoing global challenges connected to land degradation, such as forced migration, hunger and climate change. 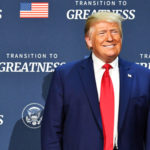 Under the cover of COVID-19 and protests, Trump hacks away at bedrock environmental law. Plus, a Democratic Party committee lays out its climate platform, wildfires erupt in California, and climate chaos engulfs Brazil and the Amazon Rainforest.

Prof. Wolff: Is This the Eve of Destruction?

Posted by The Zero Hour with RJ Eskow.